Power of Attorney by Julieta Canche

Power of Attorney by Julieta Canche

A power of attorney is a legal document that by law requires to be granted through a Notary Public.

In accordance with the Federal Civil Code (“FCC”), Article 2554, it will be enough to indicate that all general and special powers are granted.

The Civil Code of Quintana Roo, Article 2810, establishes that it is enough to indicate the type of power that will be granted. Powers granted can be administrative or domain, limited or special faculties.

Based on the articles mentioned above, the power of domain is necessary for the following legal acts:

It is recommended to avoid powers for acts of dominance without limitation, since there is a high risk, even with trusted people, since it is not known what the person’s circumstances may change.

Political Constitution of the United Mexican States mentions in its Article 27 indicates that only Mexicans by birth or naturalization and Mexican companies have the right to acquire or own land in the United Mexican States, however the state may grant the same right to foreigners provided that they agree before the secretary of foreign relations to consider themselves as nationals with respect to such property and not to invoke, for the same reason, the protection of their governments with respect to such property, under the penalty, in case of failure to comply with the agreement, of losing, to the benefit of the nation, the property, which they would have acquired by virtue of the agreement, in a strip of 100 kms along the border and 50 on the beaches, for no reason foreigners may acquire direct dominion of land and waters.

In order to be able to make an acquisition through a third party in the event that, as a natural person cannot be presented, an apostilled power of attorney can be made, which is where the Hague agreement comes in. The apostille procedure consists of placing it on a public document, or an extension of it, an Apostille or annotation that will certify the authenticity of the signature of public documents issued in a country that is a signatory of the XII Hague Convention of October 5, 1961, which abolishes the requirement of Legalization of Foreign Public Documents that must take effect in another country that is a signatory of the same.

Of course, this is only possible in the countries that are in the List of the signatory States of the Hague Convention of October 5, 1961, prepared by the Ministry of Justice from the Convention itself.

In the same way, there is the Inter-American convention on the legal regime of powers to be used abroad, this agreement was signed in Panama, which has a list of countries involved in which Mexico is one of them, with the power to carry out the apostilles.

These are the types of powers that can be carried out in a different way, being a national or a foreigner with the same common purpose, in this case the acquisition of real estate according to Mexican Law. 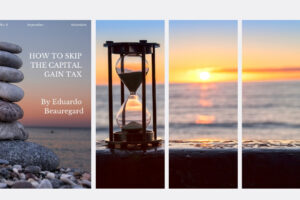 HOW TO SKIP THE CAPITAL GAIN TAX BY EDUARDO BEAUREGARD

HOW TO SKIP THE CAPITAL GAIN TAX FOR A RESIDENTIAL[...]

The promissory agreement is the legal document to formalize the[...] 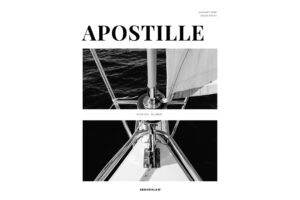 The validity of documents issued by institutions or authorities of[...]